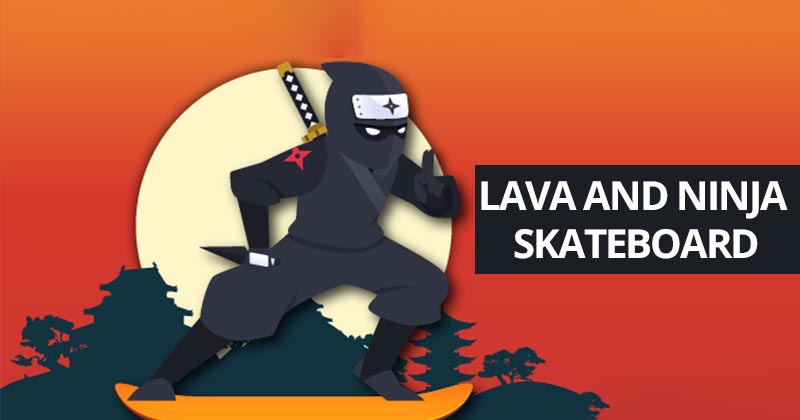 The game is not compatible with this device.

Lava & Ninja Skateboard is a fantastic skating game to play in which you play as a daring ninja on lava. In this roller skating game your main objective is to assist the guy in getting out from the molten lava else, he would perish. A skateboard is required in order to participate in this roller skating game. So after hopping on it, the guy sprints down the mountainside, increasing more speed as he goes. There are several risks and barriers to be encountered on the road. The ninja does a series of leaps at varying heights under your supervision. In this free roller skating game, pay close attention to the things that are dispersed around the path. Among them are important extras that make the task easier to complete!

Instructions on how to play the game

Hey Ninja! You have to continue to skateboard down the mountain, collecting the darts along the way. Your powers may be increased by purchasing upgrades in the store. Skateboard as far as you possibly can in order to reveal the hidden characters and get a high score.

The roller skating game, Lava and Ninja Skateboard is a fresh new concept in the skating game genre at Hola Games. In order to get points, you must roll down the ramp on your skateboard while avoiding all of the hazards in your path. Your creativity is the only limitation on how you will do this. This thrilling roller skating game, Lava and Ninja Skateboard, is part of the skating games, and you can find it at holagames.io to play. During the game, you are in command of your character, who is soaring high over a volcano and blasting down any objects that stand in his way of reaching the finish line.